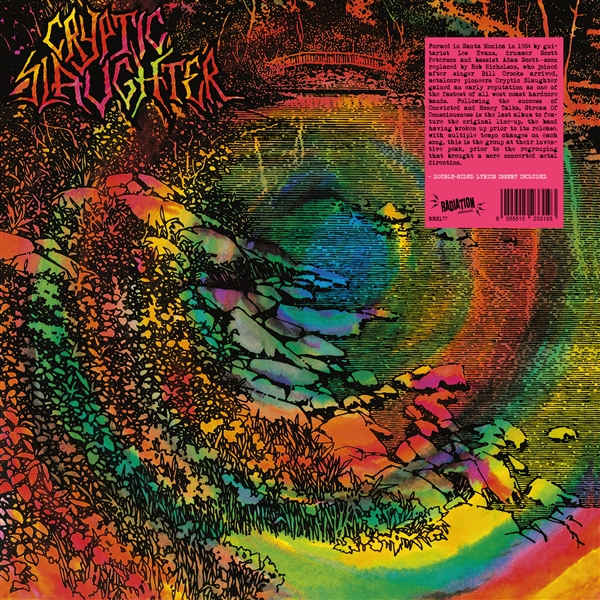 Formed in Santa Monica in 1984 by guitarist Les Evans, drummer Scott Peterson and bassist Adam Scott-soon replaced by Rob Nicholson, who joined after singer Bill Crooks arrived, metalcore pioneers Cryptic Slaughter gained an early reputation as one of the fastest of all west coast hardcore bands. Following the success of Convicted and Money Talks, Stream Of Consciousness is the last album to feature the original line-up, the band having broken up prior to its release; with multiple tempo changes on each song, this is the group at their inventive peak, prior to the regrouping that brought a more concerted metal direction. A milestone in the history of crossover thrash.

Another Religion Another War

Fuck Religion, Fuck Politics, Fuck The Lot Of You!

Take Out The Trash