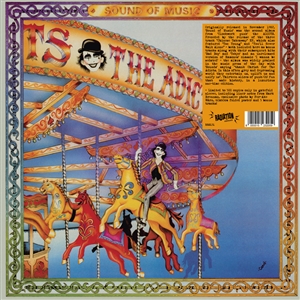 Originally released in November 1982, Sound of Music was the second album from Clockwork punks the ADICTS. Preceded by the release of the three track "Chinese Takeaway" EP, which also featured "Too Young" and "Youll Never Walk Alone" - both included here as bonus tracks along with their subsequent hits Bad Boy and Tokyo and an unreleased version of Ramones classic I wanna be sedated - the album was widely praised in the music press of the day with Sounds saying "thank Christ for The Adicts. In this often grey and depressing world they entertain us, uplift us and unify us". Thirteen slices of punk/Oi! fun that made history, in a luxurious one-time GATEFOLD edition with poster, including liner notes by Mark Brennan and a total of 5 bonus tracks!

Another Religion Another War

Fuck Religion, Fuck Politics, Fuck The Lot Of You!