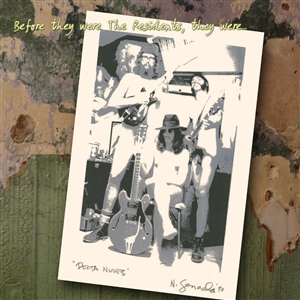 Before The Residents became the Residents, they were a group of friends from the San Francisco bay area. On this collection, a lot of different people are involved. No one remembers how many or who they were. The recordings were made in the late 1960s and early 1970s. Some of the people bonded into The Residents. Some of them did not. Four albums were recorded by these Pre-sidents: The Warner Bros Album, The Ballad of Stuffed Trigger, Rusty Coathangers for the Doctor and Baby Sex. None of them have ever been released. Now finally, on this collection, you can hear music from those pre-Residential days in remastered quality. The Cryptic Corporation released a first version of this album in 2013. The limited edition of only 300 copies sold out immediately. Now, Klanggalerie are proud to present you a new and remastered version of this CD - with the addition of three bonus tracks and a new front cover Pore No Graphics! Keywords: Charles Bobuck, Randy Rose.