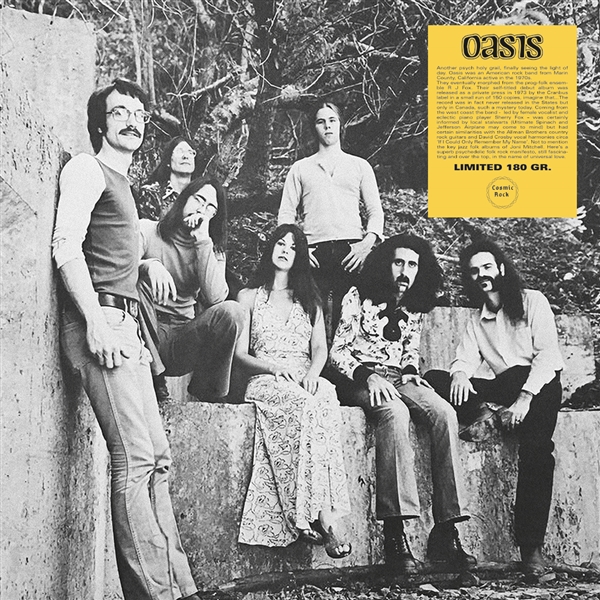 Another psych holy grail, finally seeing the light of day. Oasis was an American rock band from Marin County, California active in the 1970s. They eventually morphed from the prog-folk ensemble R J Fox. Their self-titled debut album was released as a private press in 1973 by the Cranbus label in a small run of 150 copies, imagine that.The record was in fact never released in the States but only in Canada, such a mystery today. Coming from the west coast the band - led by female vocalist and eclectic piano player Sherry Fox - was certainly informed by local stalwarts (Ultimate Spinach and Jefferson Airplane may come to mind) but had certain similarities with the Allman Brothers country rock guitars and David Crosby vocal harmonies circa If I Could Only Remember My Name. Not to mention the key jazz folk albums of Joni Mitchell. Heres a superb psychedelic folk rock manifesto, still fascinating and over the top, in the name of universal love.

Barefoot In The Head Ii; Psychedelic Gems From