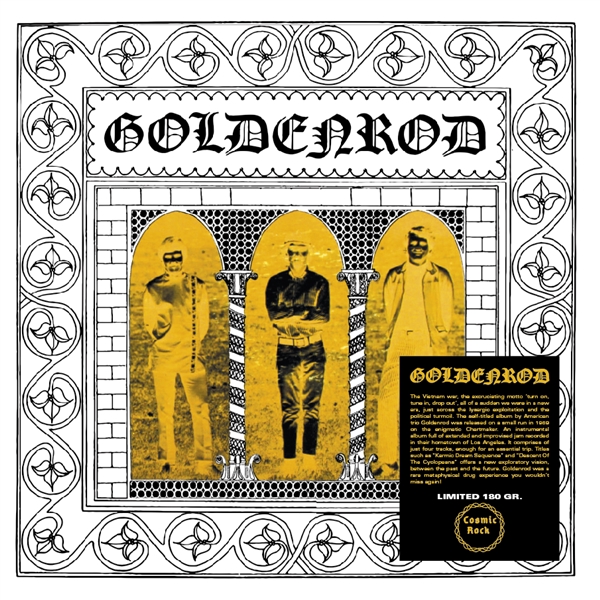 The Vietnam war, the excruciating motto turn on, tune in, drop out, all of a sudden we were in a new era, just across the lysergic exploitation and the political turmoil. The self-titled album by American trio Goldenrod was released on a small run in 1969 on the enigmatic Chartmaker. An instrumental album full of extended and improvised jam recorded in their hometown of Los Angeles. It comprises of just four tracks, enough for an essential trip. Titles such as "Karmic Dream Sequence" and "Descent Of The Cyclopeans" offers a new exploratory vision, between the past and the future. Goldenrod was a rare metaphysical drug experience you wouldnt miss again! All three band members met while playing behind The Fifth Dimension and they had earlier played with Ballroom who were a pre- The Millennium-Sagittarius band. After all the three members became all of a sudden top LA session men. Jerry Scheff went on to play with The Millennium (the Californian super group led by Curt Boettcher, basically consisting of psychedelic rock musicians) while Ben Benay appeared in the blues-rock outfit Funzone in the seventies.