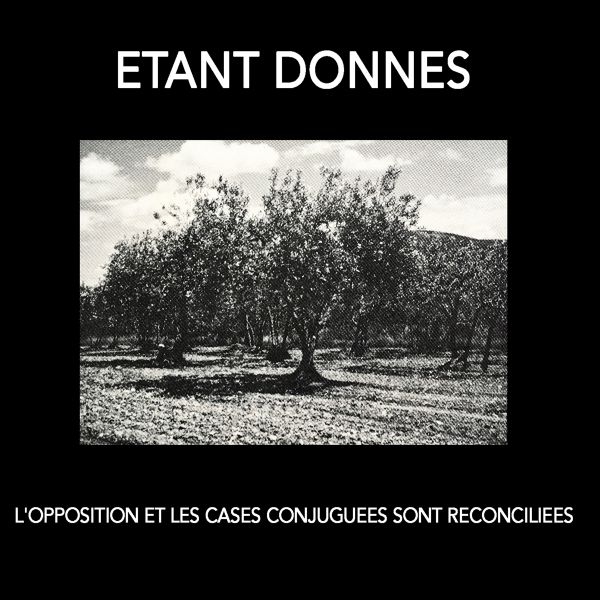 "Etant Donnes is a French duo named after Marcel Duchamp's last major work. The group consists of brothers Marc and Eric Hurtado, born in Morocco and working mainly as performance artists and musicians. Their sound can be described as a mix of field recordings, found sounds and sometimes whispered, sometimes violent vocals. They describe their sounds like this: 'Through Marc and Eric, it is the volume of each word that becomes an object-sculpture, together with the power of their bodies expressing their voices. Each event is a scream -- indeed even the glissando -- of the strength of the word that sometimes abruptly becomes a rock, a solid surface, not in the least fluvial, as is the narrative of a tale, novel or poetic epic.

Of Cabbages And Kings

Dreams For The Dying

Of Cabbages And Kings