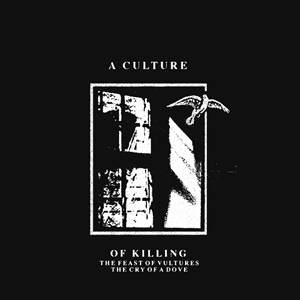 A Culture Of Killing

The Feast Of Vultures

A Feast of Vultures is the title of Josy Josefs dissection of money and corruption in Indias modern democracy; the dove is of a symbol of peace. So now were up to speed, it makes perfect sense that the title of these Italian peace punks second offering should pull from the two threads. Like their self-titled record, this was originally released on cassette before getting a vinyl from Drunken Sailor (hey, thats this label right here!), and it certainly deserves to be heard by as many ears as possible. Youll be able to hear the ominous rumble of anarcho forebears The Mob and Crass (circa Penis Envy, thanks to its serrated chords) in A Culture Of Killings addictive sonic assault, although these songs also stroll through through dark forests previously trodden by The Cure at their most morose. In fact, youll find yourself suckered by an emotional pull that gives these songs something lasting alongside their noticeably energetic rumble.

Up Against The Bricks